Where are the limits? 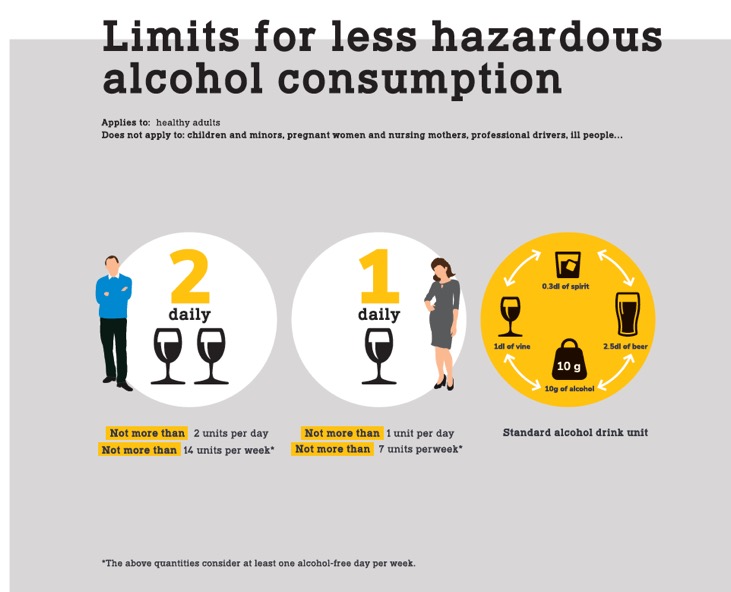 Why focus on the issue of excessive alcohol consumption?

In Slovenia, two people die every day for reasons that are exclusively alcohol-related. Annually, this amounts to 650 individuals and the mortality rate is above the European average. In Slovenian hospitals, ten hospitalisations are recorded every day due to alcohol-related damage, yearly 3,876 on average.[1]

Data from research on tobacco, alcohol and illicit drugs (2015) indicates that in Slovenia, 43% of inhabitants aged between 25 and 64 drink alcohol over the limits of less hazardous alcohol consumption or got intoxicated in a highly hazardous way.[2] According to the CINDI 2016 study, the percentage of persons who get intoxicated once or three times per month or more often si increasing in Slovenia which is worrying.

According to NIJZ data, the registered alcohol consumption in 2016 in Slovenia was 10.5 litres of pure alcohol per inhabitant, older than 15.